Many think that all Christians will make it to heaven. We need to examine the Word of God to understand this better. It is true that the Lord loves everyone. “For God so loved the world that He gave His only begotten Son, that whoever believes in Him should not perish but have everlasting life.” John 3:16

A Wake Up Call

Yet the same Jesus, Who paid the ultimate price so that we could be saved also said, “Not everyone who says to Me, Lord, Lord, will enter the kingdom of heaven, but he who does the will of My Father Who is in heaven. Many will say to Me on that day, Lord, Lord, have we not prophesied in Your name and driven out demons in Your name and done many mighty works in Your name? And then I will say to them openly (publicly), I never knew you; depart from Me, you who act wickedly [disregarding My commands].” Matthew 7:22-23 AMP

You might wonder if those who have prophesied, drove out demons and done mighty works in Jesus name cannot make it to heaven, who can? Moreover, these are difficult times for the Body of Christ since we have seen prominent Christian leaders fall due to secret sins. There may be questions arising. ‘Didn’t God know they were sinning?’ ‘Why did He not stop them?’ Philippians 1:18 states, “But what does it matter, so long as either way, whether in pretense [for personal ends] or in all honesty [for the furtherance of the Truth], Christ is being proclaimed?” AMP

Hebrews 4:12 says, “For the Word that God speaks is alive and full of power [making it active, operative, energizing, and effective]; it is sharper than any two-edged sword, penetrating to the dividing line of the breath of life (soul) and [the immortal] spirit, and of joints and marrow [of the deepest parts of our nature], exposing and sifting and analyzing and judging the very thoughts and purposes of the heart.”

Though there are Christian leaders who fall short, the Word of God does not lose it power due to their secret sins, it still saves souls. However, those leaders who misuse their God-given position and authority will be judged by the Lord for doing so. Luke 12:48 says, “For everyone to whom much is given, of him shall much be required; and of him to whom men entrust much, they will require and demand all the more.” We on our part would do well if we don’t place any human leader on a pedestal.

Hebrews 12:5–6 says, “My son, do not regard lightly the discipline of the Lord, nor be weary when reproved by him. For the Lord disciplines the one he loves, and chastises every son whom he receives.” The truth is that the Lord corrects those who fall from grace in the hope that they will return to Him in repentance and get right with Him. However, not everyone respects the privilege the Lord gives us to repent.

Yes, you read it right. It is a privilege to repent.

When sin separated man from God, He had to sacrifice His own Son to pay the price for our sin because being a Holy God, anyone with sin could never stand in His presence. Luke 24: 47-48 says, “Thus it is written that the Christ (the Messiah) should suffer and on the third day rise from (among) the dead, And that repentance [with a view to and as the condition of] forgiveness of sins should be preached in His name to all nations, beginning from Jerusalem.” In Matthew 3:11, John the Baptist says, “I indeed baptize you in (with) water because of repentance [that is, because of your changing your minds for the better, heartily amending your ways, with abhorrence of your past sins].” Amplified

Pursue that consecration and holiness without which no one will [ever] see the Lord.

Jesus gave up His throne in heaven to become a human and took on unimaginable suffering for our sake. Repenting for our sins is a way of telling the Lord we are sorry for our sins. It is recognising the fact that sin is abhorable to the Lord. Psalm 5:4 says, “For You are not a God Who takes pleasure in wickedness; neither will the evil [man] so much as dwell [temporarily] with You.”

Having been saved, out of love for the Lord, we must make every effort to not go back to the life of sin. In Hebrews 12:14, it says, “Pursue that consecration and holiness without which no one will [ever] see the Lord.”

1 Peter 4:1-2 says, “Therefore, since Christ suffered for us in the flesh, arm yourselves also with the same mind, for he who has suffered in the flesh has ceased from sin, that he no longer should live the rest of his time in the flesh for the lusts of men, but for the will of God.“ NKJV

In Philippians 2:12 Paul writes, “Therefore, my dear ones, as you have always obeyed [my suggestions], so now, not only [with the enthusiasm you would show] in my presence but much more because I am absent, work out (cultivate, carry out to the goal, and fully complete) your own salvation with reverence and awe and trembling (self-distrust, with serious caution, tenderness of conscience, watchfulness against temptation, timidly shrinking from whatever might offend God and discredit the name of Christ).” Amplified

Romans 1:2 says, “Do not be conformed to this world (this age), [fashioned after and adapted to its external, superficial customs], but be transformed (changed) by the [entire] renewal of your mind [by its new ideals and its new attitude], so that you may prove [for yourselves] what is the good and acceptable and perfect will of God, even the thing which is good and acceptable and perfect [in His sight for you].”

When we return to the same old sinful patterns of life we had before we accepted Jesus as our Lord, we are nullifying the huge sacrifice He made on the cross for our sake.

Hebrews 6:4-6 says, “For it is impossible [to restore and bring again to repentance] those who have been once for all enlightened, who have consciously tasted the heavenly gift and have become sharers of the Holy Spirit, And have felt how good the Word of God is and the mighty powers of the age and world to come, If they then deviate from the faith and turn away from their allegiance—[it is impossible] to bring them back to repentance, for (because, while, as long as) they nail upon the cross the Son of God afresh [as far as they are concerned] and are holding [Him] up to contempt and shame and public disgrace.”

When we read 2 Peter 2:4 we realize how serious this matter is. It says, “For God did not [even] spare angels that sinned, but cast them into hell, delivering them to be kept there in pits of gloom till the judgment and their doom.”

“If anyone hears My teachings and fails to observe them [does not keep them, but disregards them], it is not I who judges him. For I have not come to judge and to condemn and to pass sentence and to inflict penalty on the world, but to save the world. Anyone who rejects Me and persistently sets Me at naught, refusing to accept My teachings, has his judge [however]; for the [very] message that I have spoken will itself judge and convict him at the last day.” John 12:47-48

A Time is Coming

John 5:29 said there is a time is coming when, “those who have practiced doing good [will come out] to the resurrection of [new] life, and those who have done evil will be raised for judgment [raised to meet their sentence].” Daniel 12:2-3 speaks about the end when, “Many of those who sleep in the dust of the earth shall awake: some to everlasting life and some to shame and everlasting contempt and abhorrence.”

John also said, “The teachers and those who are wise shall shine like the brightness of the firmament, and those who turn many to righteousness (to uprightness and right standing with God) [shall give forth light] like the stars forever and ever.” This is an encouragement for us to follow the Lord’s teachings and exhort others to do the same too.

Let us not be disheartened. God has not left us without help. He has promised us in 2 Corinthians 12:9, “My grace (My favor and loving-kindness and mercy) is enough for you [sufficient against any danger and enables you to bear the trouble manfully]; for My strength and power are made perfect (fulfilled and completed) and show themselves most effective in [your] weakness!”

Each of us has our own struggles with sin and temptation. Let us not feel condemned when some sin comes to our notice. Instead we can take the matter to the Lord and seek His grace and help to overcome those sins and weaknesses. Hebrews 4:16 encourages us, “Let us then fearlessly and confidently and boldly draw near to the throne of grace (the throne of God’s unmerited favor to us sinners), that we may receive mercy [for our failures] and find grace to help in good time for every need [appropriate help and well-timed help, coming just when we need it].”

Your Life is a beautiful poem inspired by God’s grace

Thu Apr 1 , 2021
Share on Facebook Tweet it Email “He who knows past, present and future has everything lined up for your life. Indeed, there are no accidents […] 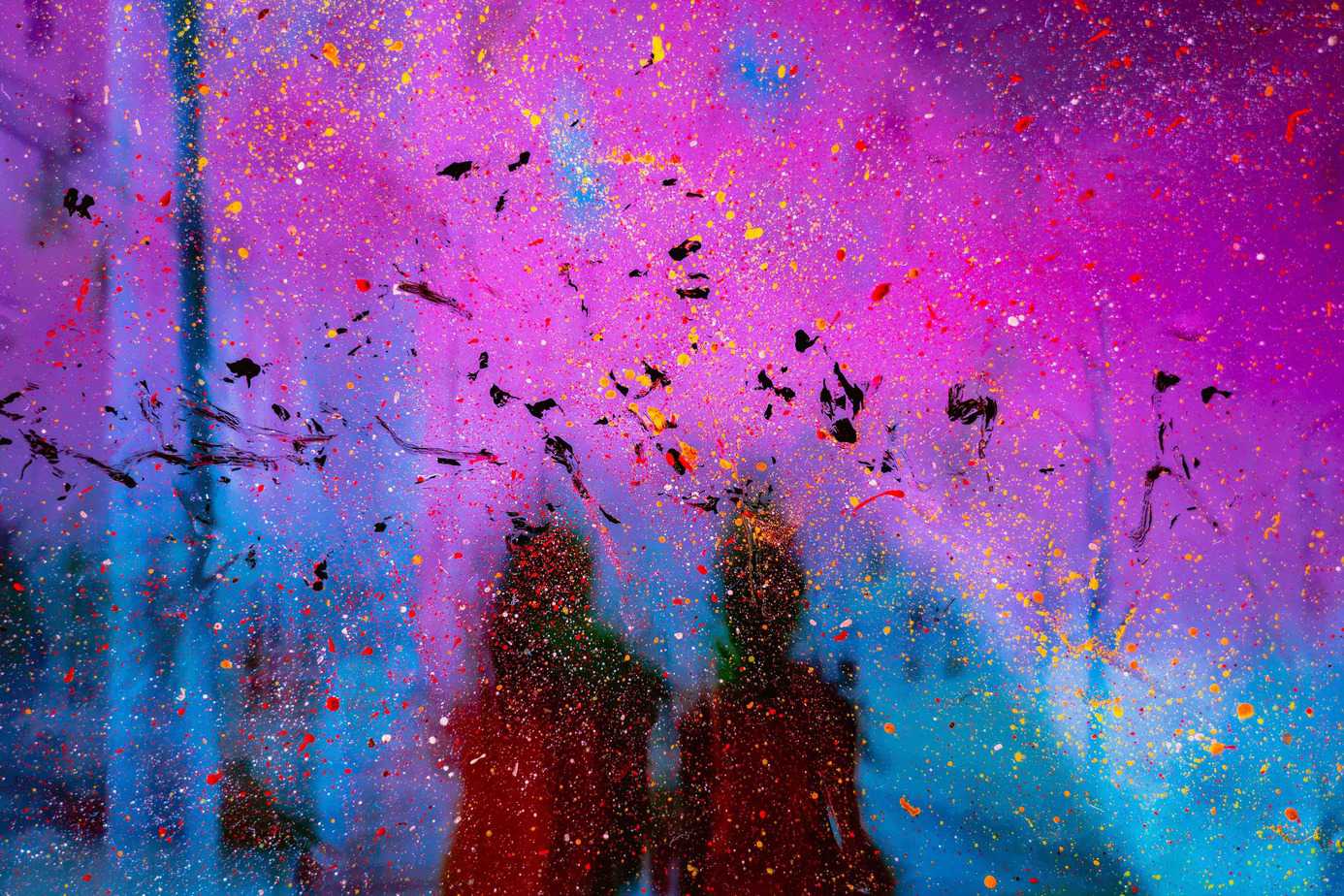