Do you have a calling on your life? Do you think that God has not chosen you to do something important for His kingdom on earth? Many people think that they are not important to God, or that they aren’t important enough for God to give them something to do for His kingdom. They feel that only the pastors, evangelists and preachers were ‘chosen’ to do ‘God’s work’ and not them. Though the Lord God Himself doesn’t disapprove them in anyway, they themselves disapprove and reject themselves from doing anything for God by thinking they are worthless or of no consequence.

If that is you, then this message is specifically for you.

You have worth and value

If you think you have no value and worth, it is time to change that. Jesus Christ gave up His throne in heaven and came down on earth, suffered all the humiliation and pain and died on the cross just for you. The price He paid determines the value of what He purchased. He purchased freedom from sin for ‘You’! You were the reason He set out to do this great thing, make that sacrifice and give up His life! You, just you.

Perhaps you have been made to feel that only a few people have roles in the Kingdom of God because you have seen ‘selected people’ serving in church. Perhaps you wanted to serve or volunteer but didn’t get a chance. May be you are shy and hesitant to go forward and give your name… Whatever is your reason, today Jesus is asking you to let go of all that holds you and press forward for His kingdom’s sake.

Check out this video from ‘The Chosen’ series where Jesus met the Samaritan woman at the well. Many of us can relate to this Samaritan woman who remembers all the reasons why she is rejected and cannot do anything ‘good.’ The Pharisees of that time would have been appalled at Jesus choosing to reveal to a woman like her that He was the Messiah and trusting her to tell her village about Him. Even today there are those who would disqualify persons with bad past records from serving in church or taking on responsibility for kingdom work.

How many of us have reason to thank Jesus for looking past our sins and failings and accepting us when we were at our weakest or lowest point of life. Thankfully Jesus Himself chose this Samaritan woman and this woman who had 5 husbands previously and was living with a man outside of marriage at that time, became the first evangelist of all time. She was commissioned to share the message about Jesus to her people.

Others may reject you but not God

While there are a lot of ‘self righteous’ believers who would look down on those who are like the Samaritan woman, Jesus, the truly holy and sinless One, did not look down on her. He saw her heart and saw her journey. He knew her thoughts and how she had fallen into the pit and what caused her to keep failing. He loved her enough to look past all that she had messed up and gave her the reason to hope and to love God again. This woman was overjoyed to realize He came just to meet her, the joy was enough to help her forget her pain and want to shout and tell the whole world, she had met the Messiah!

As she ran into the village, nothing and no one could stop her from proclaiming the good news of the Gospel. Not the Pharisees or Saducees, not the glaring and taunting looks and words that were spoken by those around her, and certainly not a fear of the consequences. All she knew was that she was accepted and loved by the Messiah and free to worship God as she was loved by Him. The love of God made her fearless and ready to face anything. The love of God transformed her in a matter of minutes, by the end of one conversation with Jesus, she was changed and her life changed forever.

Luke 24:10,11 says, “Now it was Mary Magdalene and Joanna and Mary the mother of James, and the other women with them, who reported these things to the apostles. But these reports seemed to the men an idle tale (madness, feigned things, nonsense), and they did not believe the women.”

Once again the Lord chose women to reveal the greatest news for any human being that Jesus had risen from the dead. Though Jesus had told them He would rise, no one had understood it. And now that He had indeed risen, the first persons He chose to reveal this good news to were women. Not one but a few women who did not hide in fear after the death of Jesus like the other disciples, but they went to the tomb “taking the spices which they had made ready.” Luke 24:1

The saddest thing is that the men did not take them seriously when they told them what had happened. The men thought that they were making things up and talking nonsense and did not believe them.

When the mould is broken

God had Himself chosen these women to share the greatest message of resurrection with and the men didn’t listen to them because they did not value or believe what the women said. How many times has it happened that God chose someone for some work or for a talent or gifting but they were not received by those in leadership because they came from outside the ‘norm’ or expected mould?

Rejecting what God has ordained is equal to rebellion and yet there are many places where God’s chosen ones or the ‘odd ones’ are rejected for some reason or another. What would happen when God decides to deal with those persons or leaders who have hindered His work from being done by those He chose? Will they not have to answer for all the loss caused to the Lord’s kingdom work?

Though the Samaritan woman was quite ordinary, she fulfilled her destiny and her name is recorded in the Bible for posterity. How many women and even men are living lives of no significance where the Kingdom of God is concerned because they have been led to think only a few people can have a ‘significant’ calling and not them?

“The Lord gives the word [of power]; the women who bear and publish [the news] are a great host.“

God is calling His daughters

The Lord found it worthy to mention the names of women in the Old Testament such as Deborah, Huldah, Sarah, Rahab, Tamar, Miriam, Hannah the mother of Samuel and Ruth. In the New Testament, we read about Mary the mother of Jesus, Elizabeth, Mary Magdalene, Anna the prophetess, Dorcas, Joanna the wife of Chuza, Lydia, Susanna, Phoebe, Priscilla, Salome, Rhoda, Lois and Mary of Bethany among others. It shows that in God’s eyes women had worth, value and purpose. He had a purpose for their lives too and they too served the kingdom of God in different ways. They fulfilled their calling and God-given purpose.

In the same way, God is calling all His daughters and sons who have felt they have no worth, value or calling to fulfill. He wants them to know that they too have a God-given purpose and calling in life. He is asking each of them to share the good news of the Gospel with those around them, and at whichever place they may be in. Just as the Samaritan women went to her village, God wants His children to share their joy, their testimonies about His faithfulness in all the places they are in.

A time to rethink

A great disservice was done to God, His kingdom work and women when women were not encouraged or assigned to join in and take up responsibilities for kingdom work. Though there are church denominations that accept and allow women to serve in the church, there are others that deprive women the opportunity to serve God and thus cause them to live unfulfilled lives.

Someday when we will all have to stand before the Judgment Seat of God, we will have to answer for all that we did and what we didn’t do or hindered others from doing too. It would be good for all leaders to consider how God would judge them for hindering His daughters and children from doing what He had bid them to do.

A Commission to fulfill

Jesus said in Matthew 28: 19,20 “Now go in my authority and make disciples of all nations, baptizing them in the name of the Father, the Son, and the Holy Spirit. And teach them to faithfully follow all that I have commanded you. And never forget that I am with you every day, even to the completion of this age.“

Every believer has been given a commission. God is calling all men and women regardless of background and standing to “seek (aim at and strive after) first of all His kingdom and His righteousness (is way of doing and being right).” Matthew 6:33

In John 9:4 Jesus said, “We must work the works of Him Who sent Me and be busy with His business while it is daylight; night is coming on, when no man can work.” What Jesus said is more pertinent today than ever before. With every passing day, we are heading closer to the second coming of the Lord. As things shift and change around us, one thing is certain, we are living in the last days.

A Challenge and a Privilege

In the Parable of the Vineyard Workers in Matthew 20:1-14, we see that the master gives the same wages to those who came in the first hour and the last hour. We have been given the privilege of being the last generation to work with the Lord to fulfill His plans and purposes on earth before Jesus returns.

Let us take our purpose and commission seriously and fulfill all that we are called to do regardless of the opposition we face. Just like the Samaritan woman who ran to share the good news, let us run to share the good news with others in our time. Let us live our lives such that when our life on earth is over, we can stand before our Lord unashamed because we have “fought the good fight, and have finished the race” (2 Timothy 4:7) thus fulfilling our purpose and destiny on earth.

May each of us hear the Lord say, “Well done, you upright (honorable, admirable) and faithful servant! You have been faithful and trustworthy over a little; I will put you in charge of much. Enter into and share the joy (the delight, the blessedness) which your master enjoys.” Matthew 25:21

Despite lockdown you can be an overcomer in 2021

Tue Jan 5 , 2021
Share on Facebook Tweet it Email Katy Parker is an overcomer who encourages others to walk in victory especially at this time when the UK […] 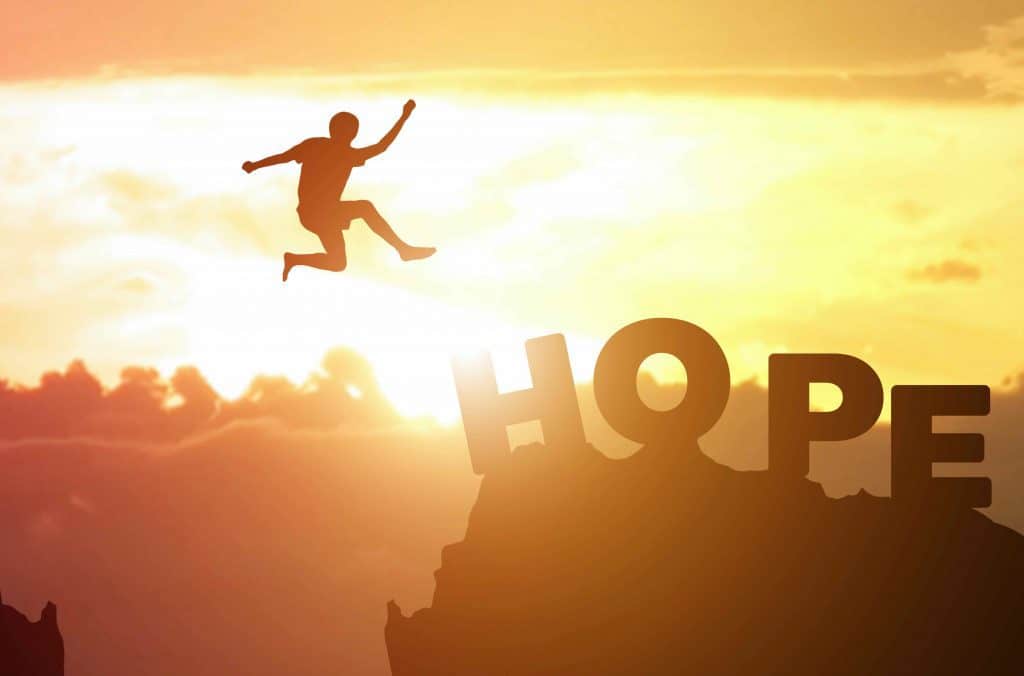