“Let it go” or ‘Just jettison it!” This is the challenge David Shadbolt gave at a recent business breakfast. Imagine if it was as easy to let go as a child with a bunch of balloons, but of course it isn’t.


It was good to hear David speak at CTN Southwest. He is known across the UK as an accurate prophetic voice and runs the School of Prophecy. So I was interested to hear his thoughts on 2022. The title of his message was “Do I need this for the next season?” and that is a pertinent question for many of us.

If you have a tendency to hoard, you will know how you’re always looking out for that day when something may come in handy. Right now, my wife and I are planning a garage conversion to create an office for our business. However our garage is full to the brim with all kinds of stuff we have accumulated. So you can imagine I was ready to listen intently when David started talking about decluttering.

There is hardly any space to move in our garage, we have so many things in storage including a piano that has been there for 15 years! Apparently this happens quite a lot, according to a ‘man with a van’ I spoke to. “If I had a tenner for every piano I’ve seen in a garage, I’d be rich today,” he told me, when he saw ours behind a stack of boxes.

So when David Shadbolt started talking about ‘letting go of the past to make way for the present/ future,” he had my attention. I want a new office but that’s not going to happen without some sacrifices. Then, David started talking about how he had survived Lockdown by going through every bit of paperwork from the past 30 years and throwing out stuff that was no longer needed.

“I was kind of going through everything. But it wasn’t like,’Do I want this? Don’t I want this?'” he said. “I found it was more as question of ‘Holy Spirit, is this something I need for the next season?’ Or is it something that I don’t want to let go of just yet, but I probably need to let go of it at some point?”

David explained how God is preparing His people for this next season and it’s time to declutter. However this is not just a physical exercise but also a spiritual clean up. God was saying to him, that there were things he had relied upon in the past that will no longer work today in the same way.

“God is shaking things up”, David says, “and fine tuning us to reposition us. You’ve probably heard that a lot. And one of the questions we need to ask, and we need to be brave when we ask it, is ‘Do I need this for the next season?'”

‘Let it go’ is of course one of the most popular children’s songs from The Frozen, and it’s easy to sing along. It’s more difficult to do this in practice. “Letting go of things can be painful,” David observed, “even things like an unfinished model aircraft. I like to finish things and have that sense of achievement. But it was like God was saying, “No, I don’t want you to do that. It’s a waste of your energy – just jettison it!”

It’s not that God is against us having hobbies, but as David shared, He wants us to slim down and be ready for whatever is coming next. And although that takes effort, He will give us more breathing room. He will put us in exactly the right position for the next season.

“I know, prophetic people often talk about new seasons, but it’s a really important,” David maintains. “Because if we leave something well and go into the next thing, it goes well for us. If we don’t leave well, it doesn’t go so well for us, because we’ve got things that don’t fit, things that we’re still focusing on so we can’t give our full attention to the new things. And we don’t embrace the new fully because we’re still kind of holding on to the old.”

Of course, moving ahead uncluttered takes wisdom and this can be received through prayer as we listen more intently to ‘the communications of Heaven’ as David describes it. You can read how he suggests we harness this wisdom, especially from a business perspective, by reading more insights from his talk at CTN Southwest – the local business network I attend.

For me, I now have a lot of questions to ask myself in the garage…

If you found these insights helpful I encourage you to read David’s books or watch some of his prophetic presentations on Unwrap TV.

David is married to Anna and they have a son. He is known for his two books, ‘Hello David this is God‘ and ‘God’s Healing for Businesses.’ He is also part of the wider leadership of Hope which has its main campus in Orpington with other congregations in the borough. He is part of planting churches and loves business as well as the prophetic. His heart is to help people find their place in the Kingdom of God and to be really effective for him.

Also read The Bible is your secret weapon. Use it to reach your God-given destiny! by Al Gibson

2 thoughts on “‘Let it go!’ David Shadbolt shares prophetic insights into the new season ahead”

Don’t Give Up, Get Back Up

Fri Feb 18 , 2022
Share on Facebook Tweet it Email “Be encouraged to keep swinging! Don’t give up because you’ve had a fall. Jesus loves you and his Spirit […] 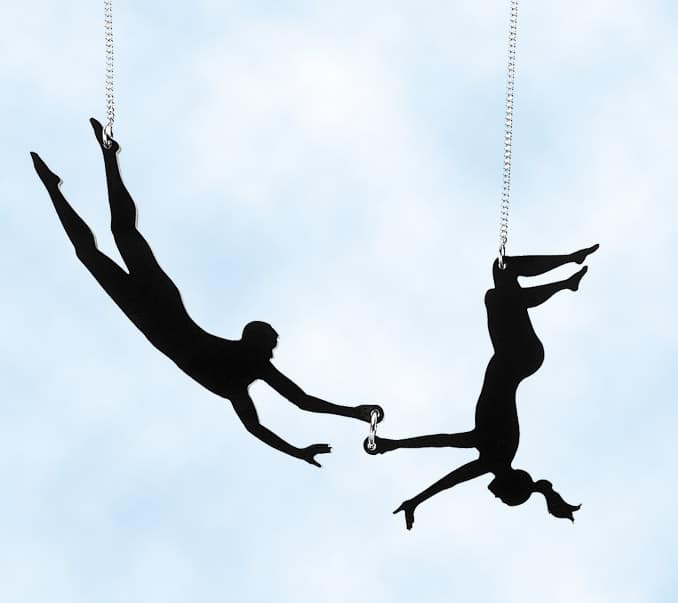