It’s understandable that atheists don’t believe God exists when they see so much suffering in the world. How do we as Christians answer the criticism that the God we serve seems to turn a blind eye to starving children? And, why does He seem to allow the most heinous crimes to be perpetrated including rape, murder and genocide, without stopping this from happening?

Nobody can deny the extent of man’s inhumanity to man, from the one innocent child who is violated to the mass extermination of 6 million people in the Holocaust. So where do we find God in such horrific, tragic and desperate situations? That is… if there is a God at all?

For me, the answer is quite simple… while I believe in God and know that He is all-powerful and ever-present, I also know that He isn’t responsible for any of this suffering. There is however a supernatural being that is responsible for the terrible things that happen. He stands for everything God doesn’t. He comes to kill, steal and destroy, while God comes to give us life in abundance.

The intricacies of nature compel us to consider the possibility of a divine creator, and yet why would the Creator allow destruction to come upon His creation? The answer lies in the freedom of choice God gave us. He did not want to be served by robots, he wanted to be in fellowship with others of their own free will.

God created Lucifer, who chose to serve him for how many millions of centuries in the aeons of time, we do not know. However, we do know that the day came when pride was found in Lucifer and he chose to go against God. He led a rebellion of a third of the angels and God expelled him from Heaven casting him down to the earth like lightning.

Today he is known as Satan or as ‘the god of this age‘ as 2 Corinthians 4:4 calls him. He is the one responsible for the suffering in the world. So why doesn’t our Almighty God intervene? Because, He expects us, His creation to do so. Jesus has given us the authority to tread upon serpents and scorpions and overcome the enemy.

In the book of Genesis, we read how God created the earth and gave it to mankind to rule over, in keeping with His laws. This was the role of the first man and woman, Adam and Eve. However, Satan came in the form of a serpent and tricked them into handing over their ‘title deed’ of the earth to him. The serpent achieved this by getting them to disobey God by eating the fruit He had forbidden. This is what is called the original sin.

Satan, therefore, took the legal right to rule over the earth away from mankind and it seemed the whole world would be lost in sin and the death sentence sin brings. Tragically, mankind had chosen to reject God’s Tree of Life for the Tree of the Knowledge of Good and Evil, which is why both good and evil now prevail in this world in this era.

God is no stranger to suffering

Fortunately, God had a solution. But for Him it would mean immense suffering of His own, the sacrifice of His One and Only Son. He is, therefore no stranger to suffering and His Heart overflows with compassion for all who suffer today. Because of His great love for mankind, He sent Jesus to make a way back for us. All we have to do is believe in Him.

Jesus had to come as the second Adam to atone for our sins, once and for all. This act of obedience not only secured our way back to God, but it reestablished mankind’s legal leadership right to this world. We still face evil forces, principalities and powers but we must do what we can to alleviate suffering wherever we see it and overturn injustice. And, as believers we are called to reach out with the love and compassion of God.

Jesus triumphed over Satan as 1 John 3:4-9 says, “For this purpose, the Son of God was manifested, that He might destroy the works of the devil.” Now God calls us to play our part to enforce that defeat, not wrestling against flesh and blood but against spiritual wickedness in high places. Let’s choose to serve God and follow Him in righteousness. As we do this He can use us to help turn back the darkness and suffering of this present age.

Satan remains the God of this age for now. In the next age, He will be thrown into a lake of fire, but for the remainder of this present age, he remains the great deceiver. As the Apostle Paul writes: “The god of this age has blinded the minds of unbelievers, so that they cannot see the light of the Gospel of the glory of Christ, who is the image of God.”

So, our enemy Satan still has the power to deceive and his methods remain unchanged – killing, stealing and destruction. If you don’t believe in God, please do not be deceived by the devil’s lies. Please don’t be misled a moment longer about who is really behind the world’s suffering. Let your eyes be unblinded and discover the God who loves you and is filled with love and compassion for this world.

God doesn’t stand idly by in the face of suffering, He sees and He weeps alongside us. However, He is not limited by our understanding of time. He sees things from an eternal perspective and He knows the abundant life He has for us both here on the earth and throughout eternity.

“He will wipe away every tear from their eyes, and death shall be no more, neither shall there be mourning, nor crying, nor pain anymore, for the former things have passed away.” (Revelation 21:4)

2 thoughts on “If God exists, why does He allow such immense suffering in the world?”

It's All About Jesus

Fri Feb 11 , 2022
Share on Facebook Tweet it Email “Our God is awesome in power; he is mighty in his splendour and holiness. He is the reason we […] 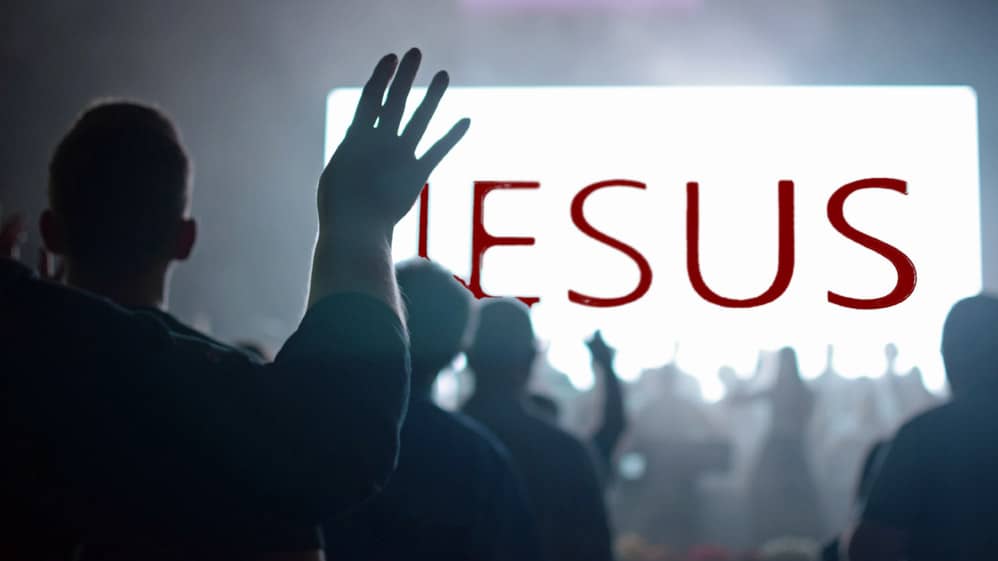