Meet a walking miracle, Stephanie McKittrick, the author of ‘Finally Free’. Her story has been well documented in British newspapers which have reported on how she has cheated death multiple times to share the miraculous testimony of how she survived.

For those of us who have experienced the trauma of childhood abuse; bullying; or been in a destructive relationship, we know the struggle to be finally free from heartbreak, intimidation and control. This is even more difficult a journey when it’s coupled with impossible health issues; devastating losses and demonic attacks. Stephanie has survived all of these and more and today is a voice of hope for all who struggle.

At one time Stephanie had no place for God in her life, considering all she had been through. After 11 brain surgeries, five neck surgeries and seven abdominal surgeries she had a lot of questions about God’s existence and if He did exist, “How could He allow her to suffer so much?” And not just the physical pain, but also the many emotional scars, including a stolen childhood that set her off on the wrong path in life.

As a child, Stephanie made herself invisible to escape her drunken father’s rage. She was bullied at school and felt worthless. Drugs and alcohol seemed to offer comfort in her teenage years and took her on a downward spiral. Then came an abusive relationship where she felt controlled and manipulated. She had a lot to figure out in life, especially when her daughter Lexie came along and then another baby, Layla.

Sadly when Stephanie was pregnant with Layla she received a horrific diagnosis. Her unborn baby had CDH (congenital diaphragmatic hernia) and was not expected to survive. Stephanie was offered an abortion but refused to give up hope. She adores her daughter Lexie, now 10, and they have a very close bond. Abortion was not something she could have considered.

In addition to this tough news Stephanie had a bleak diagnosis of her own. It was confirmed she had Hydrocephalus, Arnold Chiari Malformation and Hemiplegic migraine. In simple terms, this was a build-up of fluid on her brain which was putting her life at risk. She needed immediate treatment but her pregnancy prevented it. The only thing surgeons could do to drain the fluid was to drill holes into her head while she was conscious. This meant she had to endure excruciating pain but she did it for her unborn baby.

Sadly Layla only lived for 25 hours which added further heartbreak to Stephanie’s life. Later The Sun newspaper ran an article, AGONISING CHOICE – I risked my life and carried my baby to full term for one precious cuddle before she died. At the time Stephanie wasn’t a Christian, in fact she respected a woman’s right to choose, but for her, as a mother, she knew she couldn’t abort her baby under any circumstances.

Stephanie’s story of transformation is told in her autobiography entitled Finally Free. It traces her transition from “a never-ending season of pain and torment” to a place of healing and deliverance where she realised she wasn’t the “massive screwup” she thought she was.

Finally Free is a must-read for anyone facing impossible situations and is especially powerful for young people. It is written in a way that anyone can easily understand and be drawn into the story. Just when you think Stephanie’s life can’t get any worse, it does. However, the book also offers hope to all who struggle, showing that there are solutions to every problem.

A quick read, it covers a lot of different issues in a short space of time but the lessons are enduring. Stephanie writes with refreshing honesty and compassion for what a reader may be going through. I am sure many young people will learn from Stephanie’s mistakes and make better decisions about their lives after reading the book. I have no doubt that Stephanie’s story is still being written and there will be more books.

Stephanie is now highly committed to the Pro-Life cause and has become an activist in Northern Ireland. She recently wrote an article for GOD TV entitled My Baby And My Life Were At Risk But I Chose Life.

I highly recommend you read Finally Free and share Stephanie’s miraculous testimony with others, especially young people facing tough decisions. Stephanie is a voice of hope for all who struggle. She is also a calming prophetic voice in these tough times.

“My life experiences may seem crazy, it may even sound like I made it all up. But I am telling the truth,” Stephanie writes in the final chapter. “Through writing this book and looking back on my life, I can clearly see the devil had an agenda to stop me. The enemy did everything he could to kill me, shame, me, destroy my relationships and drive me insane. When I said yes to God, He changed it all around.”

Also read: Do You Know the Real Jesus?

One thought on “Once bound by abuse, illness and despair, Stephanie McKittrick is finally free”

Fri Jan 28 , 2022
Share on Facebook Tweet it Email “I believe that God looks at the heart and not the hands. In other words, I believe that salvation […] 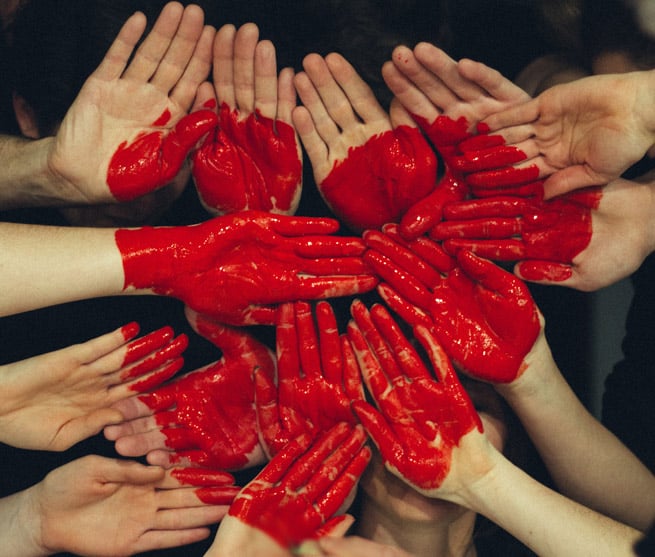