Epstein Island, or the island of Little St James, as it is officially known has become a place of horror as the sordid lifestyles of Jeffery Epstein and his powerful friends are exposed to the light. The convicted child sex offender owned the private island for 21 years and we may never know the full extent of what went on. However, what is already out in the open is shocking enough.

Who in their right mind would go to such a secluded destination as a guest of a man convicted of “procuring an underage girl for prostitution and of soliciting a prostitute”? Unless they were there to participate in similar behavior. What is even more telling is that some of the visitors, like Bill Clinton, have a questionable track record all of their own. Some, refusing to tell the truth, like the former president, who lied about his affair with Monica Lewinsky.

We have to learn from Epstein Island

What happened on Epstein Island was not just immoral activity between consenting adults. It was pedophilia, with girls as young as 12 said to have been raped or molested. It was also sex trafficking with girls being held against their own will and used as sex slaves. They were brought to the island for one specific purpose. This is the scourge of human trafficking that so many organisations have spoken out against. For example, CNN which holds an annual #MyFreedomDay. Yet, they don’t seem to be able to report what really went on at Epstein Island or who visited.

The Bible instructs us in Ephesians 5:11-16 to: “Have nothing to do with the fruitless deeds of darkness, but rather expose them. It is shameful even to mention what the disobedient do in secret. This is why it is said: ‘Wake up, sleeper, rise from the dead, and Christ will shine on you.’ Be very careful, then, how you live – not as unwise but as wise, making the most of every opportunity, because the days are evil.”

We certainly are living in evil days, but that doesn’t mean that the perpetrators will go free. This is a season where darkness is being exposed at the highest levels and even in the most secluded of places like Epstein Island. God wants each and every one of us to learn from this and repent. If we humble ourselves before Him we can receive His mercy.

God also wants us to be a voice for the innocent victims of pedophilia and sex trafficking and stand together to do everything we can to stop human trafficking which is the scourge of our age. Let us pray for all the survivors of Epstein Island and the other places they were molested, raped or abused. That they would see justice meted out and receive compensation. But most of all they would know God’s peace.

“The face of the Lord is against those who do evil, to blot out their name from the earth.” (Psalm 34:16)

May God fully expose the evils of Epstein Island and all who participated, especially those in leadership. As Wendy Alec writes in her book, Journal of the Unknown Prophet – Judgment Upon the Politicians:

“And so it is you – the presidents, governors, the leaders of the Earth, it is you, kings and queens and princes, it is you who must be brought to account… to you who have been unfaithful stewards of the nations of the Earth – you have done that which ought not to have been done. For like Pilate, you have washed your hands clean… You have shrugged your shoulders and have said, ‘It is modern times’. But I tell you, O leader, that on the night that your life expires, you too shall stand before My throne… And I tell you this day, that no amount of cleansing shall clean your soul of the blood of the innocents.”

Also read: Sexuality – Does God care who I sleep with?

Fri Sep 10 , 2021
Share on Facebook Tweet it Email “Though guiltless Jesus suffered the consequence of sin, which is death, as a proxy for you. When he rose […] 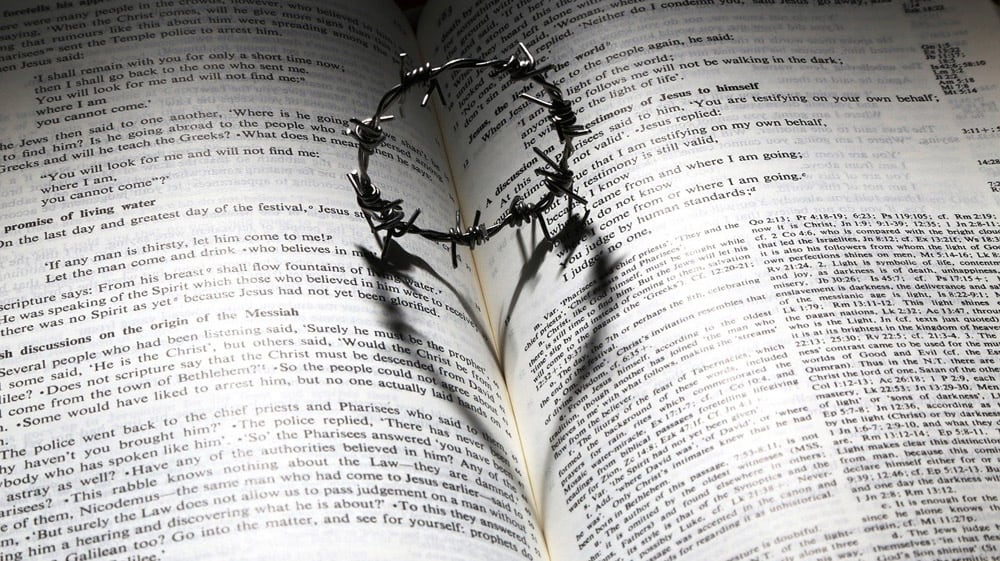