UK charity, Prisoners of Conscience aims to help persecuted Christians in countries where believers are forbidden from practicing their faith.

While we are currently required to stay indoors on a temporary basis to protect our health during the Coronavirus crisis, for many Christians keeping out of sight can be a matter of life and death all year round.  For this reason, Prisoners of Conscience has initiated its new Lake of Lights campaign to provide emergency relief to persecuted Christians around the world.

“Freedom of religion like all freedoms of thought and expression is something that everyone should be entitled to,” says Gary Allison, CEO of Prisoners of Conscience. “We want to send the message to persecuted Christians that we and their fellow Christians are here for them.”

Currently there are over 260 million Christians living in places where they experience high levels of persecution, according to the 2020 World Watch report. The same report states that 2,983 Christians were killed for their faith while 3,711 believers were detained without trial, arrested, sentenced or imprisoned.

Persecution can also take the form of enforced disappearances or conversions, particularly of young Christian women and girls, sexual and physical violence, and social isolation. In some countries, it occurs because of authoritarian governments who seek to control all religious thought and expression. In others, it is due to suspicion of anything outside of the majority faith.

Coronavirus is creating added complications – particularly for those Christians who have been imprisoned for practicing their faith. For example, in Iran, some 85,000 prisoners have been released as a means of stemming the Coronavirus infection rate – many of which were political prisoners, but few were Iranian Christians who had been imprisoned because of their faith.

Zainab* was just 13 when she was abducted from her home in Pakistan. Desperate to find her, her family reported her disappearance to the police. After some time, the family, which is Christian, heard that Zainab had converted to Islam and married a Muslim man. The family believe this was against her will but have been unable to prove this and so have received little help from the police. Zainab’s family are still fighting for the safe return of their daughter, but the legal fees are expensive. Prisoners of Conscience has provided a grant to the family to help cover the costs and provide some basic living essentials

Anaaya*, a Pakistani Christian, was employed by a Muslim family and complained on behalf of another employee, aged 15, who had been raped and beaten by a family member. The family responded by falsely accusing Anaaya of stealing jewellery. They threatened to report her to the police unless she either converted to Islam or agreed to be sold into prostitution in Dubai. Anaaya managed to escape but had to seek refugee in a safe house. Prisoners of Conscience provided financial support for living expenses and legal fees for herself and her dependants.

Lydia* is a Pentecostal Christian from Eritrea. Being a Pentecostal Christian in Eritrea is illegal and frequently leads to enforced disappearances, torture, indefinite detention and extrajudicial killings. In fear for her life but determined to continue practicing her faith, Lydia fled to Ethiopia and then Sudan. However, the persecution and danger didn’t end and she was forced to make the terrifying journey to the UK in search of refuge, leaving her husband and son behind. Prisoners of Conscience helped Lydia reunite with her family.

* Names have been changed to protect identities

2 thoughts on “Prisoners of Conscience Offers Hope to Persecuted Christians”

Release International Calls for End to Slaughter in Nigeria

Tue Apr 21 , 2020
Share on Facebook Tweet it Email Release International has called on Nigeria to protect its Christian minority in the north as Fulani militants continue to […] 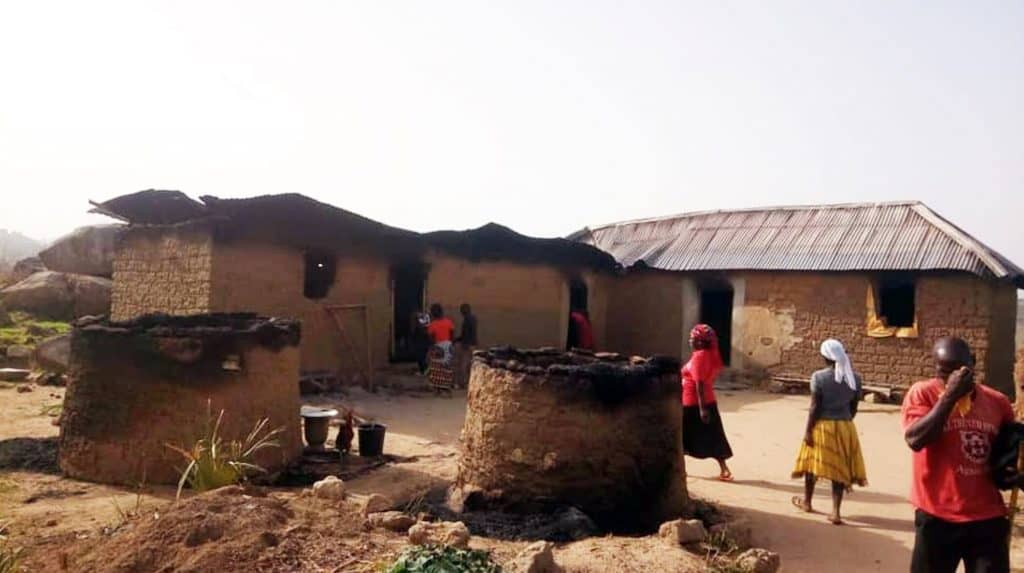