London Pastor, Nims Obunge has served Londoners for close on 30 years, now he hopes to lead the city into the Post COVID-19 era following the election on 6th May, 2021.

Nims service to the UK capital started with the creation of the London Week of Peace and its Leadership Awards, which significantly reduced crime. He has buried young Londoners killed on the city’s streets; set up initiatives to combat violent crime; and chaired the London Criminal Justice Partnership Advisory Board.

Presently, charities Nims leads, serve food to thousands of Londoners impacted by poverty and COVID-19. A social activist through and through, Nims Obunge is convinced the city will have a much better future under his leadership.

Nims Obunge was born in Kensington to the Nigerian Ambassador to the UK, DD Obunge and his wife Emma. Due to his father being a high-ranking diplomat to various countries, he was schooled at international schools in Sweden, Ireland, Italy and the UK. This culminated in a BSc. (Hons) Political Science and International Relations from the University of Jos, Nigeria in 1986. Nims returned to the UK in 1987 and has been a Londoner ever since.

The origins of Nims’ social activism began in childhood as a boy scout and he later joined a citizenship and leadership organisation at university, dedicated to developing its members to serve society with a spirit of patriotism. Nims maintained this activism through to his final year in University as he rose through the ranks.

He felt compelled to give up his planned career path to follow in his father’s footsteps as a career diplomat and instead he undertook a Diploma in Biblical Studies at Hampstead Bible School graduating in 1991. Nims then served as a youth pastor at Victory Church and became a resident pastor, where he led a branch of the church in Tottenham.

He also worked as a journalist for Black Britain. pioneering the “Cross Links” page, which was a two -page editorial that revolved around the Christian Faith. During this time, Nims hosted Stevie Wonder at a church service in Hammersmith and also interviewed George Foreman. He recalls asking Foreman for a message for London’s youth and the boxer’s reply, “If they wake up in the morning without a dream. they should go back to sleep”.

During his working career, Nims has worked in the financial services and insurance industry. He was an insurance broker for the Royal Life Insurance company and as a team leader with Citi solutions Financial (UK) Ltd part of the CitiGroup. His passion for community work eventually led to him establishing Freedom’s Ark Ministry in 1993 in North London and over a number of years led to collaboration with church-based organisations seeking solutions to the crisis of youth violence and other societal challenges in the London Borough of Haringey.

This partnership was further strengthened by Nim’s appointment as a Haringey Borough Dean as he worked closely with the local council and police.

Nims Obunge has received much recognition for serving the people of London. He was awarded an MBE (Member of British Empire) and the Evening Standard included him in their list of 1000 Most Influential People.

He was appointed Her Majesty’s Deputy Lieutenant for Greater London and received the Black Police Association Community Engagement Award. He also received the High Sheriff of Greater London Award in recognition of his valuable services to the community. Plus he was recognised by the Black Leadership Network for his role on the London Committee of the Olympic Games.

Nims has worked with and advised both Government and Opposition parties in UK over the past 15 years. He has a long-standing history with political engagement. but no political affiliation. He serves as a faith and community leader with a passion for justice, peace, young people, equality and social cohesion. He was involved in developing Haringey’s first multi-faith forum and hosted Active Faith Safer Communities conferences.

“Together we can ensure London strengthens its leading position globally as a safe, prosperous, culturally inclusive, eco city that delivers justice and opportunity for all,” Nims says.

Also read: ‘A Prayer for our City’ – Watch the music video from Pray London as the city goes to the polls to elect a new mayor 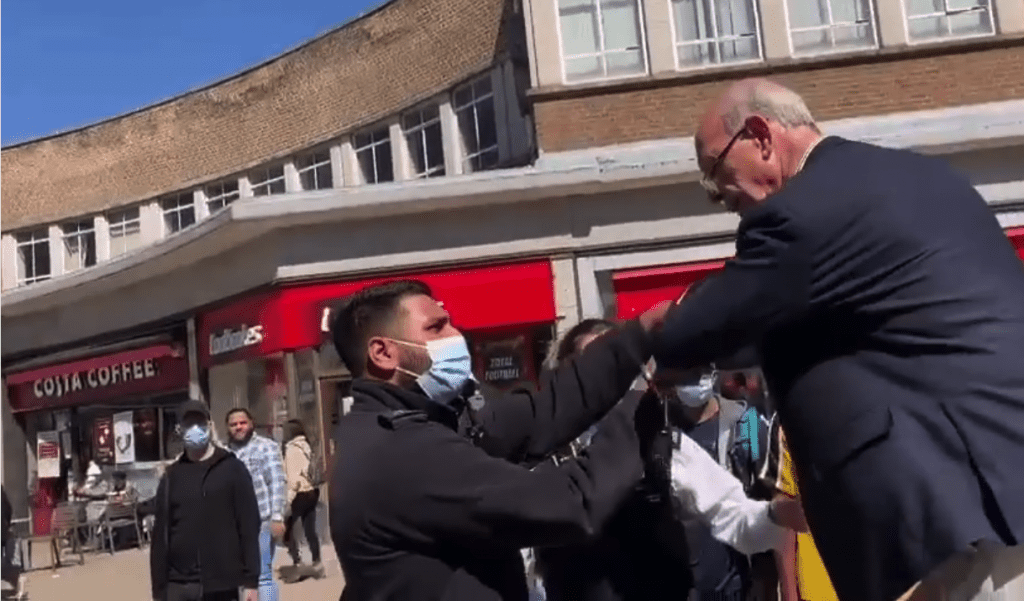 Live Life to the Hilt Because You Can Trust Father