Unity was a key theme of a virtual National Day of Prayer for Great Britain that took place earlier this year. Featuring diverse leaders from different streams, there were many prayers against the coronavirus pandemic and intercession for the nation’s future.

The televised and streamed event came about in response to a prophetic word from Cindy Jacobs of Generals of Intercession, where she described the British people as being resolute, with a history of pulling together. In the clip below Cindy challenges Christians throughout the UK to build on this by putting aside their differences and uniting in prayer.

“The Lord says, ‘I am going to bring together a huge unity, even greater than you have known, of ethnicity. Stand and be ready, draw upon your resolute wells and I will heal the nation’,” she prophesied.

The National Day of Prayer for Great Britain

The National Day of Prayer for Great Britain was hosted by Betty King of Betty King International Ministries and Simon Braker of Legacy Ministries International. You can watch the full two-hour broadcast below, as it was streamed on GOD TV’s Facebook page on 25 May 2020.

As the broadcast starts, Simon speaks about a new move of the Holy Spirit in the UK that will be a new wine created by different grapes. Betty echoes this by pointing out that grapes grow in a cluster. She says that this new move will take ‘a cluster anointing’, with everybody doing their part!

“We declare and decree today that there is a new wave of collaboration and unity amongst the Body of Christ and as the Church goes so the nation will go,” says Jenny Watson of the Kingdom Advance Network.

James Aladarin prays for a realignment of the Church in the UK into God’s order. That the Church will prepare the way for the greatest move of God Great Britain has ever seen. “Lord, You haven’t forgotten the prayers of John Wesley, Smith Wigglesworth and Evan Roberts, Lord,” James prays, “These are the days of the greatest move of Your Spirit.”

As the broadcast concludes, Nicky Gumbel shares from 2 Chronicles 7:14 about the role of the Church in national healing. “The times that the Church has grown the fastest have been in times of pandemic because the Church has rushed towards the needs rather than running away,” he says.

Praying for the healing of the UK, including for the poor, those in prison and those who are grieving, Nicky asks God to use the Church to meet both physical and spiritual needs. “We pray for an outpouring of the Holy Spirit as on the Day of Pentecost, followed by a proclamation of the Gospel. We pray this would be a time when the Church grows and flourishes. We pray for a revival in this nation and across the world.”

Also read: Covid 19 – How to make a positive stand against the virus

Sat Oct 3 , 2020
Share on Facebook Tweet it Email In this season of lockdown the world has been inspired by the ingenuity of many people who are making […] 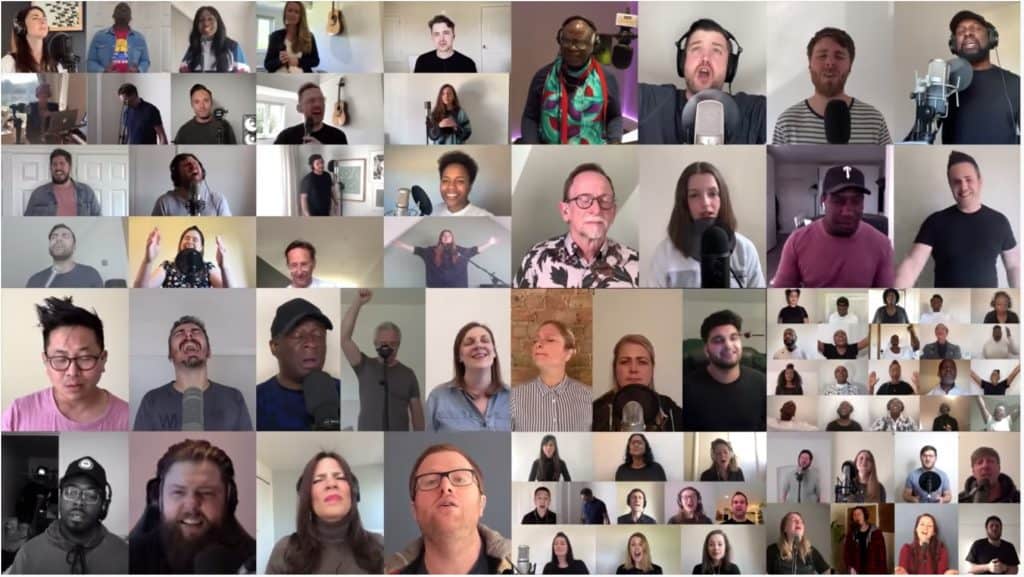