“He brings you to his banquet under the flag of his love and prepares a table for you in the presence of your enemies… His love is your standard – your cover photo. The banner of God’s love defines who you are.”

Song of Solomon 2:4
He brought me to the banqueting house, and his banner over me was love.

During the conflict of war an army marches under the standard of their flag. The flag represents the nationality of the army at war. The soldiers fight to defend their flag. Their flag is their banner. The battle banner defines the standards of who the army is.

Jesus hung on a cross on a desolate hill outside the city gates. His body grotesquely disfigured, bleeding and wounded. Crucifixion was a violent degrading form of execution. It not only induced death but it represented scorn and ridicule. The cross of Jesus’ crucifixion represents our sin ascribed to Jesus. The cross is macabre yet, it is beautiful. On the cross, the sinless One became sin for us so that, in his death and resurrection, we might become the righteousness of God. God demonstrated his love for us in that while we were still far from him in sin, Christ died to reconcile us to God’s righteousness.

He brings you to his banquet under the flag of his love and prepares a table for you in the presence of your enemies. Jesus triumphed over the enemy and made a public spectacle of him, under the flag of the cross. Because of his love for you, nothing in all the universe can ever separate you from this victory. He is for you and if he is for you none can stand against you. The cross of Jesus is your banner. His love is your standard – your cover photo. The banner of God’s love defines the standards of who you are.

God-tracking is defined by God’s love

“Dear Lord, your banner over me is love. Thank you for your undying and uncompromising love for me. Your love was shown when Jesus died on the cross to reconcile me to your presence. I confess the cross of Jesus as my banner – my cover – in every battle of life. Thank you for the victory you gave me over Satan, sin and death. And thank you that you prepare a table for me in the presence of my enemy under the banner of your love. Amen.”

If you prayed that prayer today, please email me – dudley@godtracker.co.uk

Originally from South Africa, Dudley Andersen now lives in the UK where he heads up Sure Reality Media and pastors Cornerstone Family Church in Worcestershire. He is married to Karen-Leigh and has two children, Kerryn and Ryan. Dudley has a background in radio and has worked for Radio Pulpit, Impact Radio and Christian Vision. Since 2005 he has produced diverse content for various Christian stations. He is the author of God-Tracking Through the Year and Overflowing Hope and writes a weekly e-mail devotional called, GodTracker. Dudley is also a worship leader. 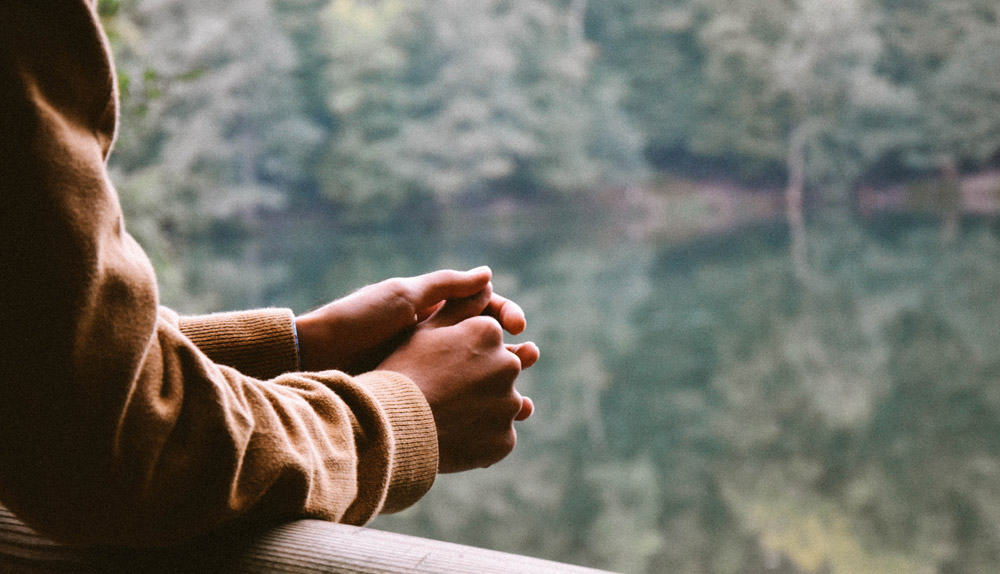 Get Into the Word of God