“Jesus made a spectacle of Satan when he triumphed over him on the cross. This is our victory as Christians.”

Ephesians 6:10
Finally, be strong in the Lord and in the strength of his might.

I had been running for 10 minutes and had begun to work up a bit of a sweat when I heard my name being called. “Dudley! Hey, Dudley!” A large E-class Mercedes pulled up alongside me. Panting, I peered through the tinted windows and saw that it was John, a man who occasionally attended a church I once led. “Hi John, good to see you,” I said between gasps for air. “I’ve got a question for you,” he said. “Why did God create the devil?” Never before have I been asked such a deep theological question while out on an afternoon jog.

“Well,” I replied wiping my brow, “God did create all things, including the spiritual beings. So, he did, indeed, create the devil but he created him as Lucifer. Lucifer was a great cherub in heaven who was created holy and beautiful. He was apparently responsible for the worship of God in heaven. However, in Isaiah we read that pride was found in him and he sought to exalt himself above God. Therefore, God expelled him from heaven, as witnessed by Jesus. In Revelation, there is a verse that implies that Lucifer (now called Satan or the enemy) took one-third of the angels of heaven with him in his rebellion. These became known as demons.

“So, yes, God did create Satan but created him as an angel of worship. Sadly, pride caused his downfall. Satan then assumed opposition to God as the enemy of God. He became evil. He is the arch-enemy of anyone who desires to please God and follow his will for their life. But the good news is, God himself rescued us from the clutches of Satan when he came to earth as Jesus. Because Jesus is God in the flesh, he was sinless. And yet it pleased God to place the consequences of sin and pride upon Jesus at Calvary. If we repent of sin and believe that Jesus died and rose again, confessing him as Lord, we are freed from the clutches of our enemy. It says in Revelation that we have conquered Satan by the blood of the Lamb, that is Jesus, and by the word of our testimonies. Jesus made a public spectacle of Satan when he triumphed over him on the cross. This is our victory as Christians,” I concluded.

“Ok, thanks,” said John, promptly flooring the accelerator of his E-Class and driving off, leaving me with my mouth agape, yet satisfied that I’d answered his question.

God-tracking is standing sure in the victory of the cross.

“Heavenly Father, thank you so much for Jesus. Thank you that he came to free me from sin and death. I repent of any pride in my heart and all the sin I have committed in my life and confess Jesus as my Lord and saviour. I plead your blood and rejoice in the victory of the cross. I stand strong in Jesus and in the strength of his might, putting on the whole armour of God to stand against the devil’s schemes for my life. Jesus is Lord! Amen.”
If you prayed that prayer today, please email me – dudley@godtracker.co.uk

A Joy that Surpasses Happiness 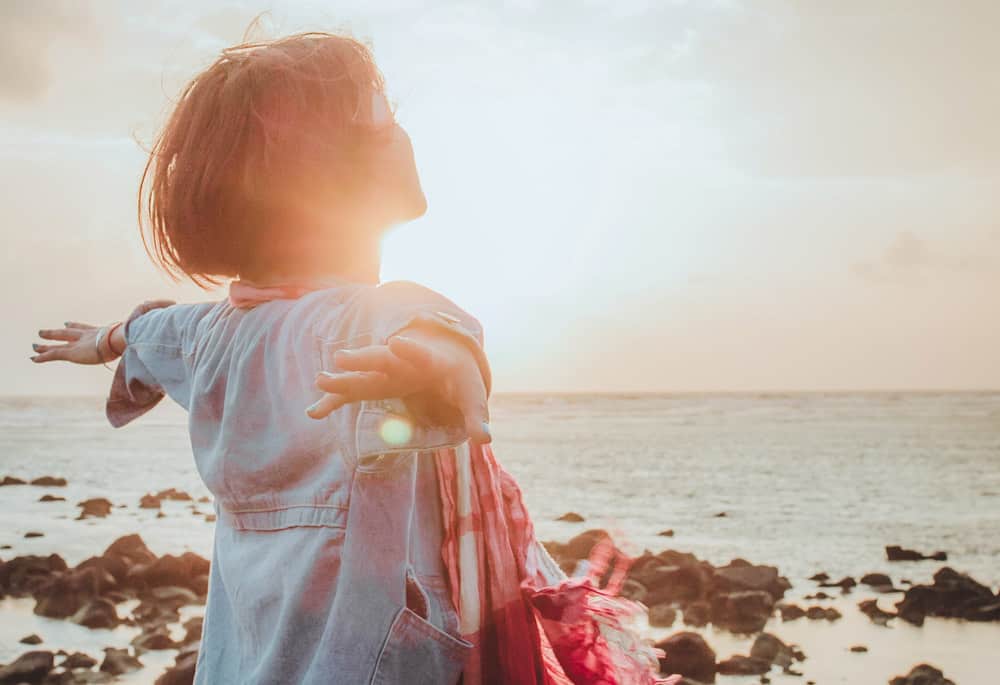