“David said, ‘Cast your burden on the Lord and He shall sustain you.’ You have a friend who sticks closer than a brother and his name is Jesus.”

Proverbs 18:24
A man who has friends must himself be friendly. But there is a friend who sticks closer than a brother.

Peter stared at the long service certificate hanging in a frame on his office wall. He’d been serving this company for 16 years. Gave it his all, often working long hard hours to meet deadlines. He’d just returned from a meeting with Jeff, his boss and friend. Jeff had wrongly accused him of soliciting a mutiny in the department. Nothing could have been further from the truth. Now Peter faced losing his job.

King David was a man of integrity. Even before he was made king he walked in honour and truth. Yet, he too was accused of soliciting a mutiny against his predecessor, King Saul. David had come to Saul’s defence when he defeated Goliath in a war against the Philistines. But Saul became jealous of David. He turned against him and plotted to kill him. David was stabbed in the back (almost literally) by Saul, his king and friend. David was disappointed and distraught. I could imagine he just wanted to get away from it all. He wrote, “Oh, that I had wings like a dove! I would fly away and be at rest.”

Have you ever been stabbed in the back, so to speak, by a close friend; someone you’ve trusted and confided in? Know this, the Lord is your friend, too. He knows every detail of all your disappointments and battles, and he is always by your side. In Psalm 55 David wrote, “As for me, I will call upon God and the Lord shall save me.” Then David said, “Cast your burden on the Lord and He shall sustain you.” You have a friend who sticks closer than a brother and his name is Jesus.

Dear Lord, I rest in your unfailing friendship

“Dear Lord thank you for your real friendship toward me. I know you are my friend because your word says, “Greater love has no one than this than to lay down one’s life for his friends,” and, Jesus, you laid down your life for me. Thank you! I pray you will help me through this conflict I face at the moment. Help me to stand in truth and integrity, as I keep my eyes on Jesus. Dear Lord, I rest in your unfailing friendship. Amen.”

If you prayed that prayer today, please email me – dudley@godtracker.co.uk

'Covid Christmas?' – 6 things you can do to overcome Omicron and other variants

Sat Dec 18 , 2021
Share on Facebook Tweet it Email This time last year we were faced with what many called a ‘Covid Christmas’. Homes across the world were […] 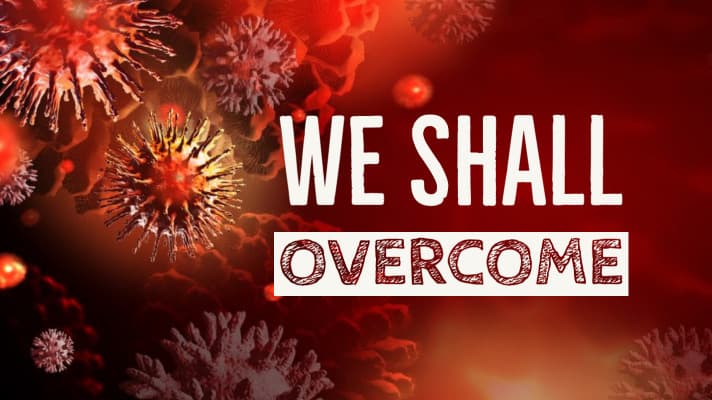