After several months of social distancing, have we passed our darkest hour of the coronavirus pandemic? When will be able to proclaim victory as Great Britain did on VE Day? In the UK alone over 42,000 people have sadly lost their lives and the economy is facing massive challenges. Are there still worse days ahead as some regions go back into lockdown?

We can take courage from our wartime Prime Minister, Winston Churchill and how he led this nation to victory. It’s significant that we celebrated the 75th Anniversary of VE Day earlier this year, right in the middle of lockdown and his bold example challenges us to remain fearless no matter how great the challenge.

VE Day was the day World War 11 ended on the Continent and the nation jubilantly celebrated Victory in Europe, led by Churchill who made his famous V for victory sign with his fingers.

Admittedly, due to Covid-19, the 75th Anniversary celebrations were low-key. However, like many Brits we put up flags and bunting and sat in our front garden having tea and scones while chatting to neighbours having their own party next door. Amidst a flurry of Union Jacks we were able to share some of the community spirit that has made this nation great, despite all our current concerns and restrictions.

A highlight of the VE Day Anniversary was seeing the Red Arrows trailing the red white and blue colours of our flag. And there was much television coverage reminding us of Britain’s darkest hour during the war and how the light finally broke through. To me, this was a timely comparison for all of us who face the threat of coronavirus. There is a war on against Covid-19 and we need to play our part, no matter how fed up we are with lockdown and social distancing. Though we face dark days we will pull through!

On the 75th Anniversary of VE Day, the BBC aired the movie The Darkest Hour which captures Churchill’s dilemma at the time. Faced with an imminent Nazi invasion, would he bow to the pressure to negotiate a peace treaty with the enemy or fight to the bitter end?

Watching this film made me realise just how close Britain came to giving up right at the beginning of the War, almost before it really started in earnest. Thankfully, the country didn’t give in but went on to fight even though it took another five years to win.

At a time when the Government was failing, God raised up a courageous leader in Churchill to replace the weakness of Neville Chamberlain and his policy of appeasement. I never realised how hard Churchill had to fight against those who felt their only hope was to make peace with the enemy.

Churchill wasn’t perhaps the ideal choice, but he was prepared to make a stand to the end and in so doing he became our greatest Prime Minister. Thankfully today we have a similar leader, Boris Johnson, who has modelled his career on Winston Churchill and has already shown much inner resolve. Not least of which, overcoming Covid-19 personally in what could have been a very quick end to his leadership. But Borris is a fighter. We also saw this during the bold stand he made for Brexit. At times it seemed like a completely lost cause, but he stuck at it and the British People finally came to his rescue and gave him a large majority in the last election.

When we are faced with huge challenges we have every reason to be fearful. However fear cripples us completely, rendering us useless. We have to be courageous in the face of this virus, no matter whether we have lost loved ones or our livelihood is hanging in the balance. We have to face this with Churchillian oratory if necessary and do all that it takes. As Winston Churchill so eloquently said:

“We have before us an ordeal of the most grievous kind. We have before us many, many long months of struggle and of suffering. You ask, what is our policy? I will say: It is to wage war, by sea, land, and air, with all our might and with all the strength that God can give us.

“To wage war against a monstrous tyranny never surpassed in the dark, lamentable catalogue of human crime. That is our policy. You ask, what is our aim? I can answer in one word: It is victory, victory at all costs, victory in spite of all terror, victory, however long and hard the road may be…”

This is the kind of fortitude we as believers must have to encourage others and to instil faith where there is fear of this virus. God calls us to overcome our fears with His love. He challenges us in Joshua 1:9 to be strong and courageous. We have no need to tremble or be dismayed because God is with us wherever we go. Or to put it in Churchill’s words…

During the War, US President Franklin D Roosevelt and Winston Churchill forged a strong bond to finally deliver the world from an unsurmountable enemy. In the same way it is going to take partnerships like that to get our nations back on track. Of course it was President Roosevelt who said “We have nothing to fear but fear itself”. And, never was a truer word spoken!

Let Churchill’s words ever resound in our heads, that WE WILL NEVER SURRENDER and let’s learn from our darkest hour to have faith in God and share that faith with others. In Him there is always hope and He will ultimately cause us to triumph.

Also read: Covid 19 – How to make a positive stand against the virus

Thu Oct 1 , 2020
Share on Facebook Tweet it Email Unity was a key theme of a virtual National Day of Prayer for Great Britain that took place earlier […] 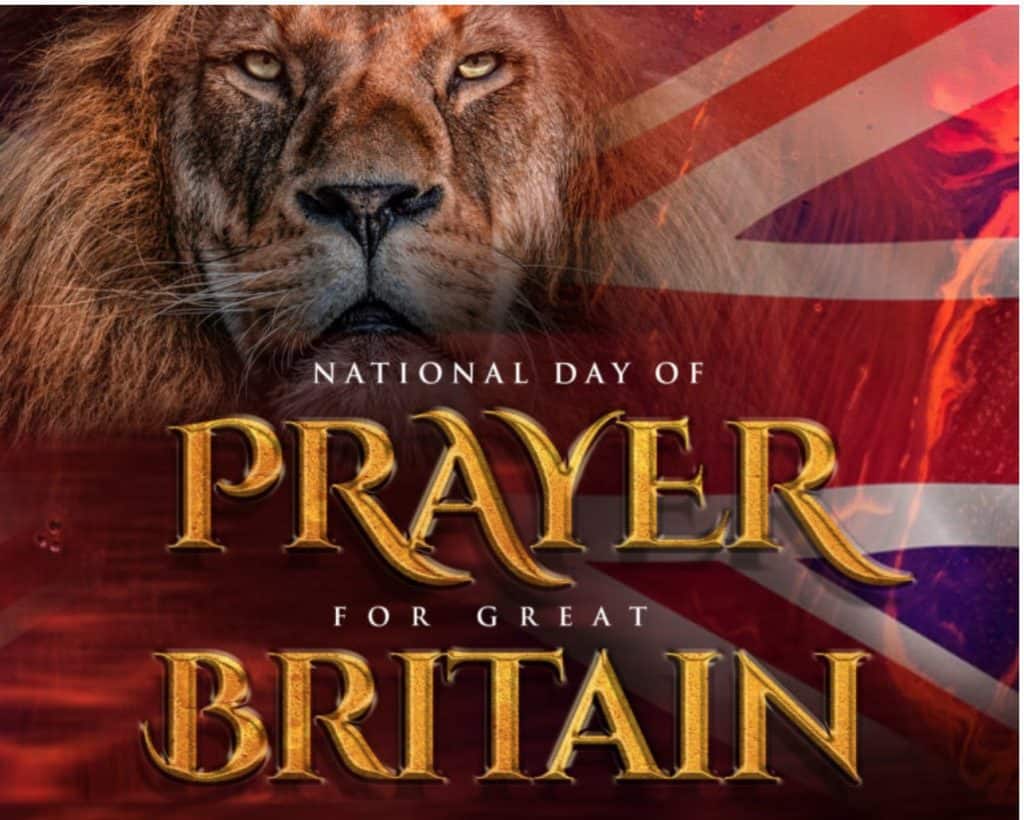