As the football fans focus on the Fifa World Cup in Qatar, it’s encouraging to know that at least three Christian footballers playing for England. They are Raheem Sterling, Marcus Rashford and Bukayo Saka, who have all professed faith in Jesus Christ. God is at work, even in our national football team!

The England team managed by Gareth Southgate and captained by Harry Kane did brilliantly to get to the final, of the UEFA Championship. The Euros 2020, played in 2021, was the most significant tournament match for the nation in 55 years. Though they lost in a tense penalty shoot-out to Italy, you can still feel the air of expectation that somehow the much-quoted slogan, “Football’s coming home!” may, at last, be realised!

Their hopes now focus on success in Quatar. Let’s pray for these bold young men and see how God continues to raise them up as a witness to His goodness to all people.

Christian footballers in the England Team

There have been many Christian footballers in the UK over the years including Gavin Peacock, the premier league player who became a minister and more than 20 other high profile players who have had their testimonies recorded in the book Cross the Line. Now we look to this latest trio of Christian footballers to be a bold witness in the sporting arena. Let us pray for each of them, that God would keep them on the right path and raise up more Christian footballers in professional teams both here in the UK and around the world.

Manchester City’s Raheem Sterling (pictured below) is originally from Jamaica but grew up in Brent near Wembley Stadium where the Euro’s Final is being played. “The support and energy from all the fans have been incredible both at Wembley and everyone watching at home,” he wrote on social media. Bring on Sunday…”

As you can imagine, high-profile Christian footballers need to be careful what they say. In a post on Raheem’s social media, he shares that he is “Never in doubt”. In my perspective, this translates into “always in faith”. However, we are not left to read between the lines as to what Raheem believes. Though he is sometimes asked if he is Muslim, due to his name, it has been reported in the media that Raheem is a Christian.

Marcus Rashford is more than a professional football player. He is also a champion for the disenfranchised. During the pandemic, he was a bold voice in ensuring children received the school meals they depended upon. He now has an MBE. He is also a best-selling author, who has written a book to encourage young people to fulfill their destiny. It is entitled, You Are a Champion: How to Be the Best You Can Be.

Speaking to The Guardian newspaper Marcus said: “Sometimes the faith we have in God is shown by the people that we are. For me and my family, that’s definitely the case. If you could see our lives 15-20 years ago to where we are now, it’s impossible not to have faith in God and all He does for us.”

Though Marcus has faced some personal challenges recently (he and his girlfriend broke up during Lockdown after eight years, despite having a child together), it’s clear that he does have a deep underlying faith. These words are written across his chest as a reminder to us all of the importance of God in our lives, no matter what comes our way:

“Nobody can judge me, only God. It takes sadness to find happiness and absence to value presence. God puts you on a path in life. I trust, believe and remember that all difficult roads I pass lead me to the most beautiful destination.”

What a team !😍 One step closer …🏆 pic.twitter.com/QfPCkA0j9k

Born in London to Nigerian parents, Bukayo Saka plays for Arsenal as well as the England national team.  He has been quoted on social media as saying: “I grew up in a Christian family… this made me curious to get to know God more and I have done so by reading my Bible a lot and going to church over the years. My faith is constantly being exercised when I play in big football matches.”

God calls His people to be influential in all realms of society and sport is one of them. If you thought He wasn’t interested or involved in sport then think again. It’s encouraging to know that there are Christian footballers out there. Let’s pray that they would continue to be salt in light through their talent on and off the field.

Other articles by Al Gibson you may find helpful in your spiritual walk:
God loves you and He wants you back!
The Bible is your secret weapon. Use it to reach your God-given destiny!

One thought on “Introducing the Christian footballers who play for England”

Fri Nov 18 , 2022
Share on Facebook Tweet it Email Know this, he who called you is faithful and he will give you the boldness to take on the […] 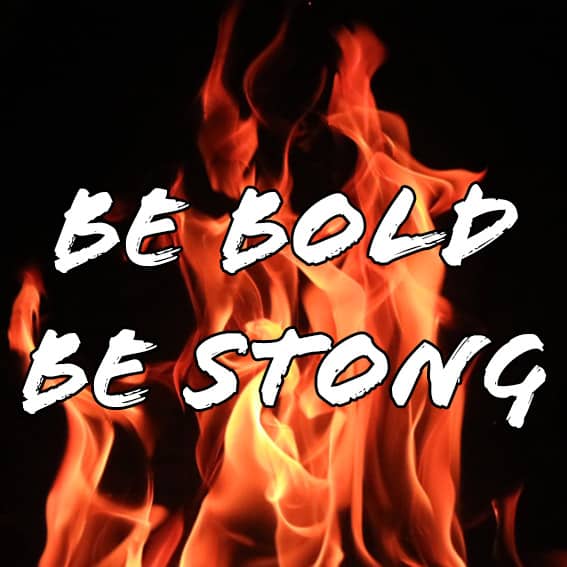